Former First Lady of Argentina, Cristina Fernández de Kirchner, won the elections with over 45% of all votes cast. She was re-elected to the office again in 2011, this time with over 50% of the votes cast. Kirchner was not the first woman to serve as Argentina’s president, but she was the first one to be elected. Isabel Martínez de Perón served as the country’s head of state after her husband, President Juan Perón, died in office. When she was sworn in to replace her husband on July 1, 1974, she then became the first woman to be a president of any country to date.

1995 Fire Breaks Out between Two Metro Stations in Baku

Thought to be one of the deadliest subway disasters in history, the fire started as a result of old and faulty wiring. Over 300 people traveling on a train between Ulduz and Narimanov stations in Azerbaijan’s capital city were killed as smoke filled the subway tunnels.

Germany expelled about 17000 Polish Jews and sent them to Poland which refused to take them in.

1919 US Congress Passes the Volstead Act

The act enumerated ways to enforce Prohibition. Prohibition was put in place in the country by the 18th Amendment to the Constitution. The amendment made it illegal to produce, sell, or transport alcohol in the US except for medical or religious purposes. The act was named after Andrew Volstead, the Chairman of the House Judiciary Committee who was one of the sponsors of the bill. Prohibition ended with the ratification of the 21st Amendment in December 1933.

The Central European country had been a part of the Austro-Hungarian Empire since the late 1700s. At the end of the First World War, with the end of the Empire on the horizon, nationalists under the leadership of Thomas Masaryk pushed for independence. Masaryk became the country’s first president in November 1918. On January 1, 1993, Czechoslovakia peacefully broke up into two countries – the Czech Republic and the Slovak Republic.

This Day in History, October 27

This Day in History, October 26

This Day in History, October 25

This Day in History, October 24

This Day in History, October 23 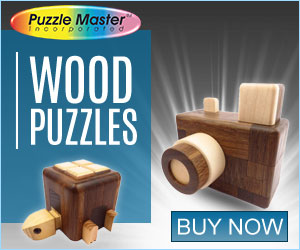