Tax the Robots, too.

Ocasio-Cortez mentioned applying a tax rate of 90% on robots or the companies that use them at a weekend festival in Austin, Texas. The first-term New York congresswoman suggested the idea had originally come from Bill Gates, the uber-rich co-founder of Microsoft.

Gates has promoted a “robot tax” for several years, though he’s never actually suggested a specific rate and probably wouldn’t favor a levy that high.

In an interview with The Verge last month, Gates repeated his view that robots who replace human workers ought to be taxed as if they were real people themselves.

“Right now, the human worker who does, say, $50,000 worth of work in a factory, that income is taxed and you get income tax, social security tax, all those things,” he said. “If a robot comes in to do the same thing, you’d think that we’d tax the robot at a similar level.”

From Gates’ perspective, robots would be so much more productive at their jobs than humans that companies who replace people with machines will still come out ahead even with such a tax. He also contends a robot tax will slow down the replacement of humans with machines and give society more time to adjust.

The European Parliament considered a tax on robots in 2017, but it rejected the proposal on worries that it would slow innovation and put the continent at an economic disadvantage. The U.S. has not seriously considered such a tax.

Critics of a robotics tax point out that the side-effects of technological change on labor markets have been overstated, often wildly so, since the early 1800s.

Consider the modern U.S. The economy has added almost 21 million jobs in the past eight years and the unemployment rate has fallen to a 50-year low even as the speed of automation accelerated.

EDITOR’S NOTE: Is everyone forgetting that if the robots are more profitable for the company, then the company does pay more in taxes already? I can see the logic of looking at automation & robots. No health insurance, maternity leave, need for time clocks, overtime pay, vacation pay, no discrimination or sexual harassment lawsuits. I mean the bots can be an HR dream, but let’s not forget that if there is actually more profit. The company is paying taxes. Keep in mind also that payroll is a tax deduction for these companies and if you not “Paying” Robots…

What’s with this White Power signaling from AOC?

Yet another Crooked Cop aka Abuse of Power Story 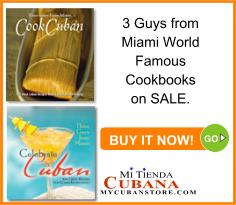